On Wednesday we took a trip on the Verde Canyon Railroad.  The weather was beautiful, and we had great seats. We splurged, and bought first class tickets. This was a long train holding over 400 people and our car was next to the last.  We had access to an outside viewing car which was nice for taking pictures.  The train also has a caboose which can be reserved for parties of 6 or more. 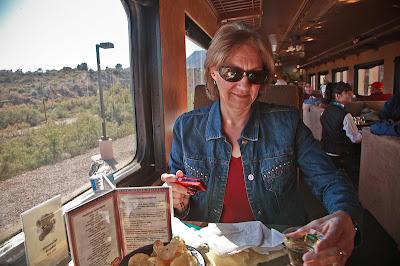 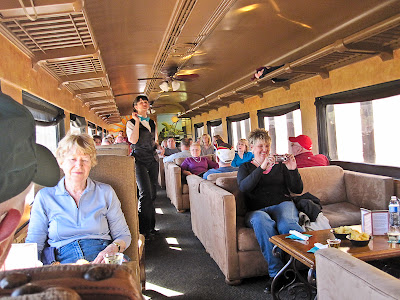 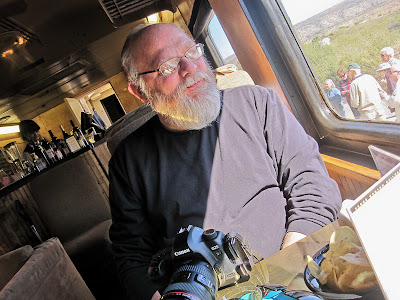 We left right on time as everyone in our car offered up a complimentary champagne or apple cider toast.  They also provided a light buffet with chicken wings, salad, pickles, olives, and crunchy veggies. Our trip took us 20 miles up the Verde Canyon to Perkinsville.  On the way up we had to make one unexpected stop to let some wild burros cross over the tracks. 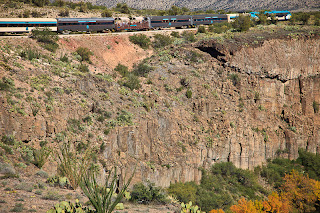 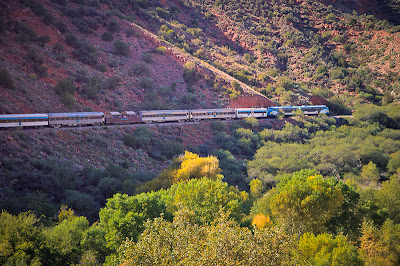 For me the highlight of the trip was the 640 foot long tunnel.  It was fun to see the long train curve through and disappear into the mountain.  The tunnel was curved so as you entered you really couldn't see the light at the end.... 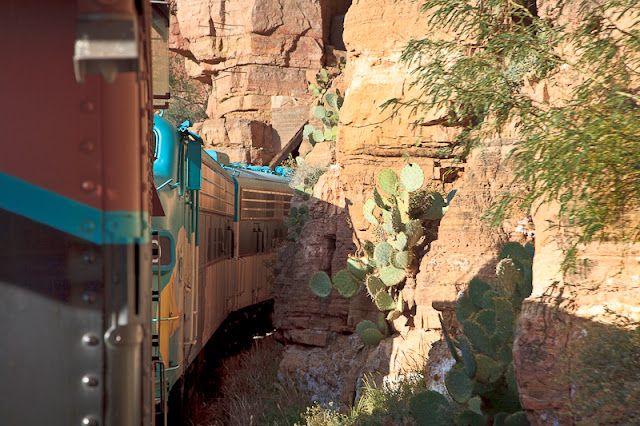 The only disappointment was we were not allowed to get off the train in Perkinsville.  Instead we came to a stop, they unhooked the engines from the front of the train, ran them around us on a siding, and hooked them back up on the caboose end for the return trip. 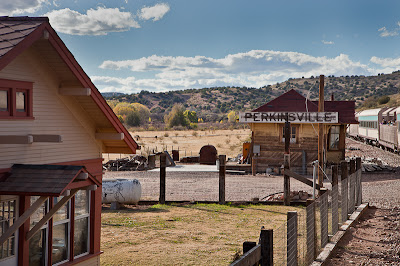 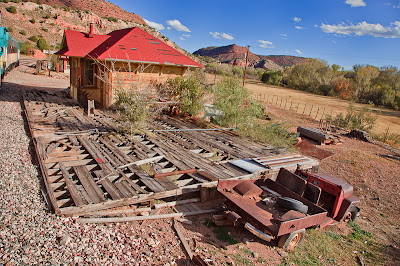 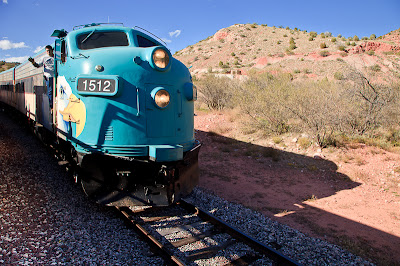 Even though the trip back was on the same tracks the views were different and just as spectacular. 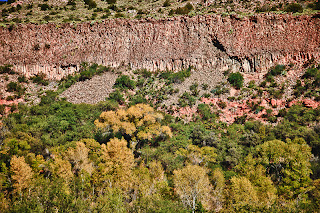 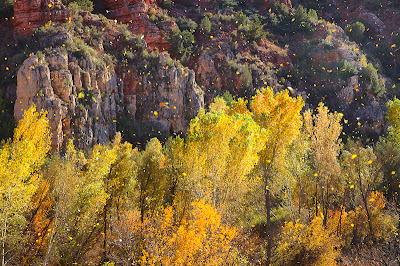 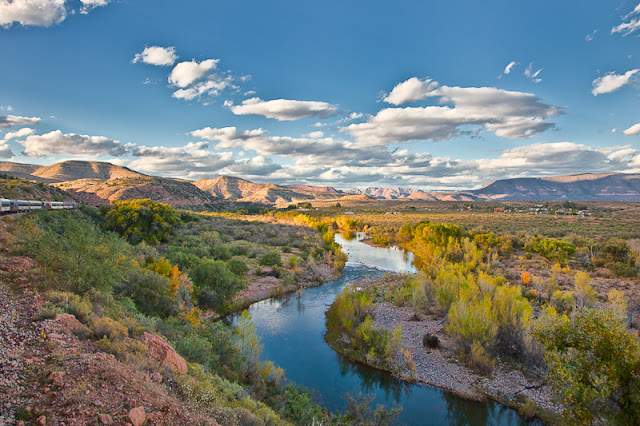 We were back into Clarkdale a little ahead of schedule.  As we came in we noticed an ambulance waiting. The train stopped short so they could remove someone who had suffered an insulin reaction.  We later heard that she was doing better.  All in all it was a good day, and if you like trains this is a great way to spend the afternoon.

On a more sober note.  We are changing our travel plans.  We were planning to leave here next Tuesday and slowly work our way into Texas.  We were going to meet up with our friends Bob and Linda in Fredricksburg and spend Thanksgiving with them.  Instead we are on our way back to Michigan to support some friends of ours who are going thru a very difficult time.  After talking and praying about it, we have decided we need to be there.  We will be in Grand Rapids by Tuesday if all goes well.

I am down one pound since Tuesday.  That makes the total three pounds.  Twelve to go before the end of the year.

Until later.
Posted by John and Judy at 9:20 AM

You brought back some wonderful memories of our trip on that same railroad last Spring - we also splurged on the first class tickets! What a fun day, thanks for sharing.

Safe travels back to Michigan, we wish you the best as you go to be with your friend.

Congrats on your weight loss!!

Looks like you had a great day! Nice pictures.

I am sorry to hear that your friends are having some troubles. Have a safe trip back to Michigan!

Along the Way with JnK said...

Totally terrific photos! Sounds as if you had a great train ride, we have not done that one, but many others and enjoyed each one.

You are so right about the ride changing...we are doing the long awaited coastal 101 drive up to Washington and we are now on the return. What a difference each way is and with the great weather now, we do appreciate all the views we missed on the way up.

Safe travels to Michigan, life is good when at a moments notice you can reaarrange it.

I love your blog and your photos! I'm going to copy a little and add a camera blog .. eventually. If your friends need you, that's a wonderful deed on your part! Be safe and we'll keep track of you.