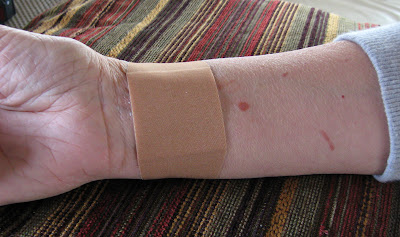 I've been cooking for over 40 years and this is the first time I've had a serious burn in the kitchen. The truth is, it doesn't matter if you are preparing a meal in a large space or a very small space like we have here on the motor home. I learned a valuable lesson. Hot oil and water don't mix.
Posted by John and Judy at 12:08 PM 2 comments: