Last weekend we stayed in White Salmon, Washington which is across the Columbia River from the town of Hood River.  Saturday afternoon we had a nice visit with our daughter Michelle and her two kids Nemo, and Mia.  They drove over from Portland. 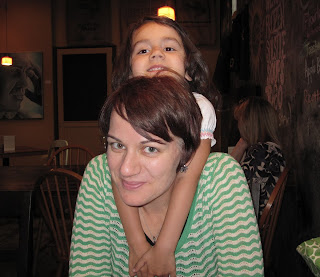 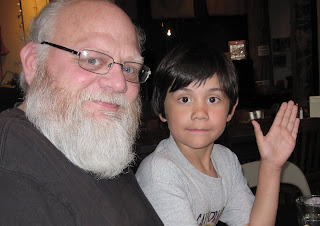 Just couldn't wait to see Grandpa and Grandma I guess :)

Sunday we decided to drive up to the Timberland lodge at Mount Hood.  We've been to Portland lots of times and always said we were going to go up there but just never made the time.  This turned out to be a beautiful day with great visibility. 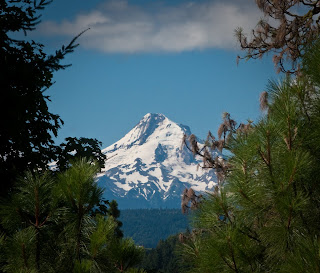 Timberland lodge was built during the great depression as a WPA project and is still in use today. You can ski year around at Mount Hood and there were lots of snow boarders on the day we were there. 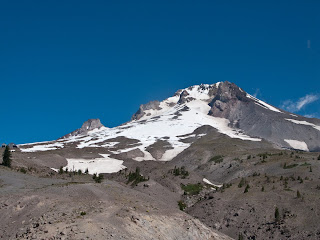 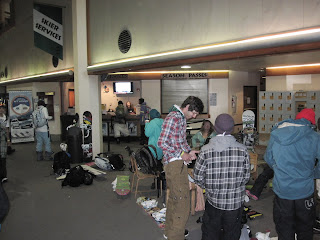 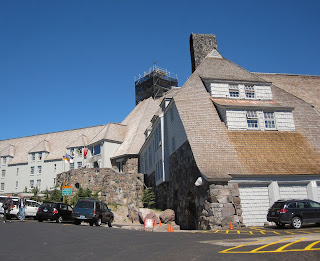 The exterior was used during the filming of the movie "The shining".  Who can forget that famous line...."Heeeere's Johnny!!".

On our way back down the mountain we stopped at several fruit stands.  At one we had a beautiful view of Mount Adams to the north. 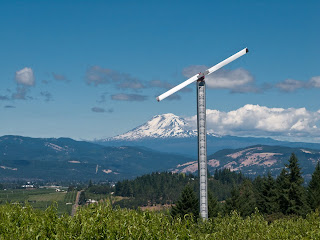 The Hood River area is noted for it's orchards and produce in what is called the 'Fruit Loop'. 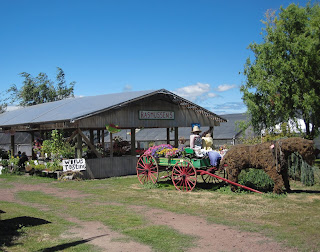 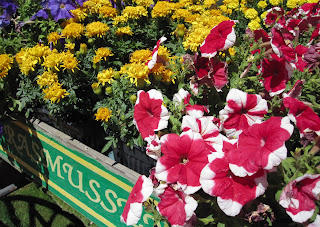 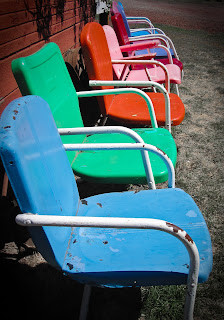 At one farm they were having Van Gogh days, so here is my interpretation of sunflowers. 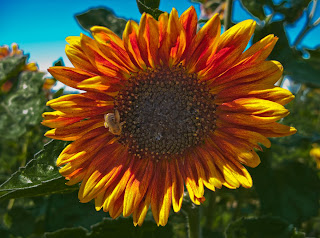 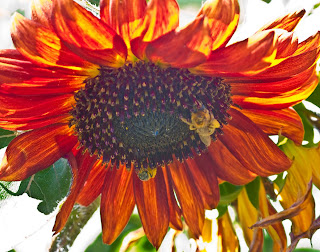 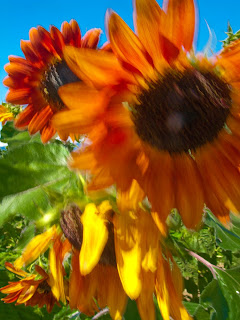