WE VISIT THE FIELD LAB 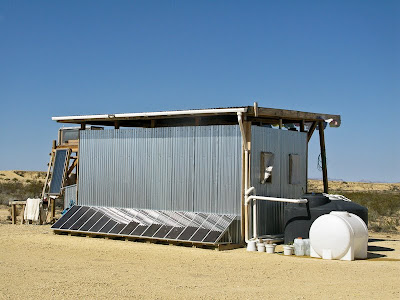 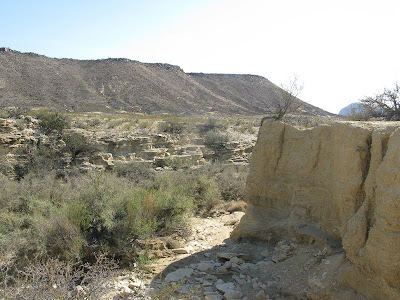 It's Wednesday and we are just outside the west entrance to Big Bend National Park in west Texas. We are in a little town called Study Butte. We are here for two reasons. One is to of course visit the park. We were there this afternoon and will be again tomorrow. The second was to visit "The Field Lab" otherwise known as the home of John Wells. John is a former commercial photographer from NYC who decided he was tired of the big city, with it's big taxes. He bought 40 acres of West Texas desert and is carving out a homestead for himself. I have been reading his blog for the past year and have corresponded with him a couple of times. 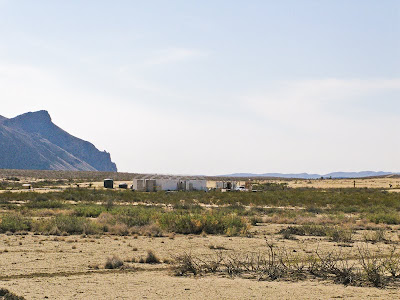 Today we headed off the pavement on a one lane dirt lane for 2.5 miles to visit John. We could see his place off in the distance and I'm sure he saw us coming. He is building everything himself. He has a one room house, and is currently building a green house based on 4 containers. 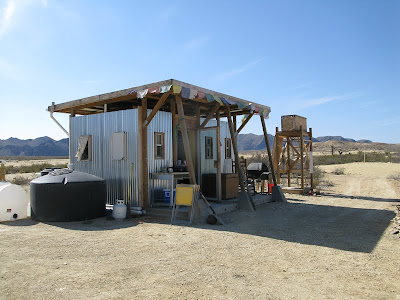 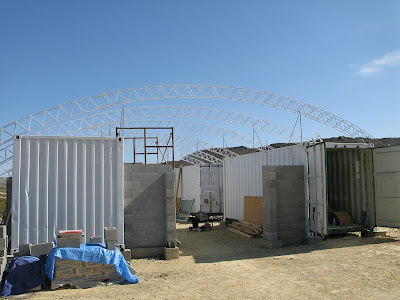 Rather than try to explain it all, I will just link to his blog. In fact if you go to Wednesday's edition you will see a picture of us. Yes, Janet is really Judy. John's only constant companion is a 20 year old open range cow that keeps him company. Her name is Benita. 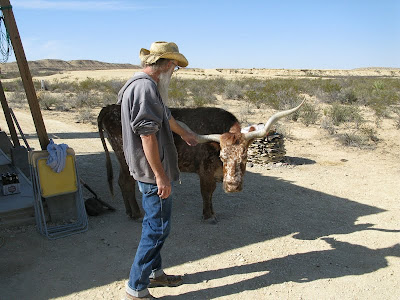 When we pulled up and shut off the engine, the only sound was classical music playing. Seemed very strange. But John quickly made us feel at home. He showed us around and we couldn't help but be impressed with all he has accomplished in such a short time. You might call him a modern day renaissance man. He can weld, is a carpenter, electrician and he can even bake. 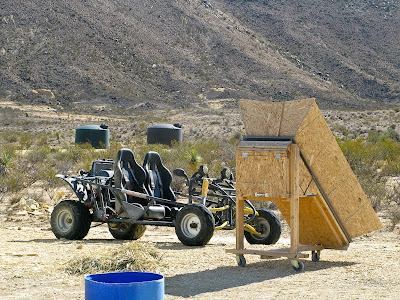 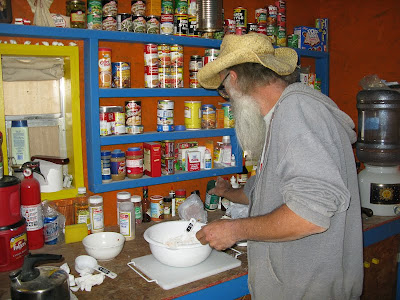 John often whips up batches of bread which he bakes in his solar oven. We were privileged to watch and he sent us home with a loaf he had made earlier. 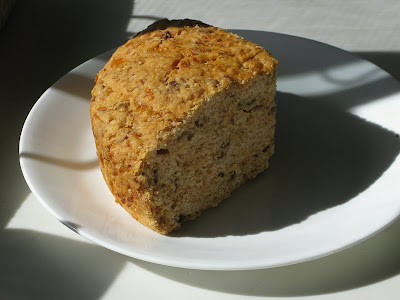 John's nearest neighbors are both over a mile away but I sense that he knows them better then we know some of our condo neighbors. Out in the middle of the desert, a former commercial photographer, with the bare basics of life, and a cow. Strange, yet it all seems so right!!
Posted by John and Judy at 11:04 PM No comments: