A CHANGE OF SCENERY

Yesterday we took Mollie on a walk around Evergreen Coho SKP Park.  Lots of owners have already headed south for the winter. 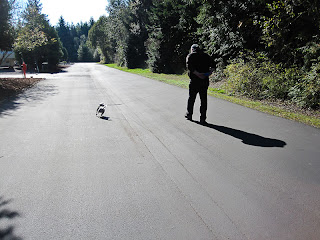 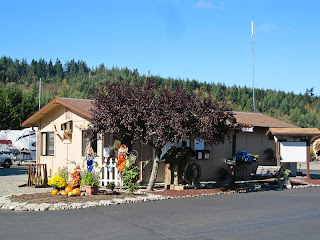 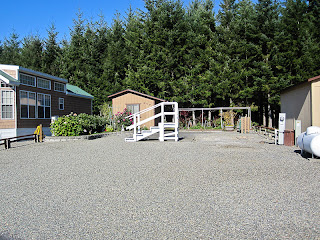 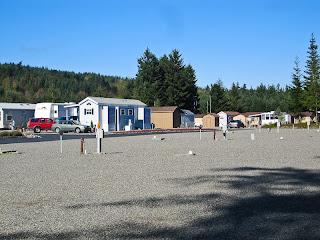 This morning it was time for us to move on as well. 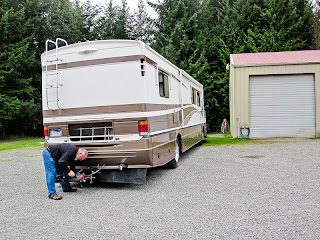 We traded this view 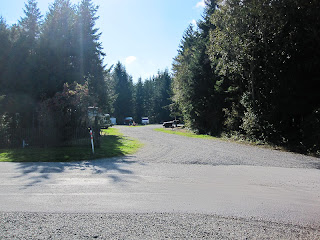 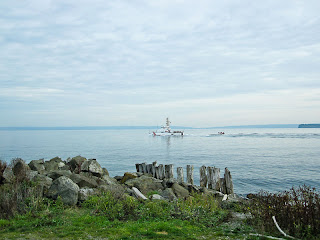 We have been staying at the Escapees Park in Chimicum for the past 6 weeks and it has been a great base for us to use while we explored the area.

We only have a few more days here on the beautiful Olympic Peninsula and decided to move to the Port Hudson Marina and RV Park in downtown Port Townsend for our last 3 nights here.  We are right on the water and enjoy watching the boat traffic and being next to the marina.  This is the view out the front of our coach. 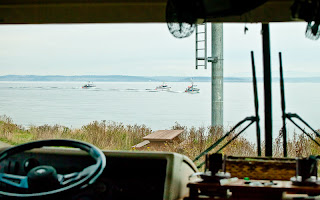 It's nice to be able to walk around the boats and also walk downtown which is only a few blocks away.Later this week we will load the motor home on to the ferry and spend a week in Anacortes, before we start heading south.

I've been pondering a question for the last couple of days.  The question is one word, and the word is: WHY?   A simple word, but loaded with implications.  I remember when our kids were young they always wanted to know why... and it was our job to come up with an explanation.  I'm sure if you have kids you know what I am talking about.  As we get older I think we sometimes stop asking those questions.

This last weekend two rv fulltimers lost their lives.  We didn't know Marjorie and Bruce personally but we faithfully followed their blog.  After awhile we started to feel a part of their family.  Bruce and Marjorie, vacationing in Pismo Beach, left their motor home on Saturday morning to go for a walk.  They never returned. According to police reports a distraught 19 year old man who had a failed love affair, tried to take his own life, he didn't, but he killed Bruce and Marjorie in the process.  Why?.....  Having been raised in a conservative Christian home, my dad was a country preacher among other things, we were taught that everything is in God's hands and everything happens for a reason.  But here's the thing.  Knowing that, believing that, still doesn't answer my question.

Our condolences go out to the families of Marjorie and Bruce, and all those who knew them well.