So how does one celebrate the first of February in Mexico?  We didn't even know it was a holiday.  But yes the first Monday of February is officially Aniversario de la Constitución.  We discovered this while out shopping.  First we noticed the local school was empty.  Then while at the Super Lay (our local grocery store)  we noticed families everywhere.  Then when we got back and checked on some expected mail, we discovered there would be no mail because it was a holiday.


So how did we spend our holiday?  Off to the ATM to pick up a few pesos.  Then to the fish market for fresh scallops and shrimp.  Then to the produce market for peppers, tomatoes, avocados, limes and cilantro, then on to Super Lay for cheese, milk and corn tortillas.  I even drove yesterday.  Until now Bob has been doing all the driving, but I decided it was time to learn my way around.  With Bob as guide we were fine.  A few more trips and I'll be on my own.  We made one final stop at the place we get our fresh flour tortillas and they also had fresh tamales.  So we bought two pork and one sweet corn and had our lunch.


Later that afternoon while we were deciding what to fix for dinner, Earl (one of the Quartzsite trailer trash gang) came by and invited us to go on a sunset cruise.  For just ten dollars a head we got all the margaritas we wanted and a lite dinner.  Well that solved our dinner plans.  So Earl and Lynda, Bob and Linda, Judy and I headed out for the evening.  Here are a few pictures of our evening. 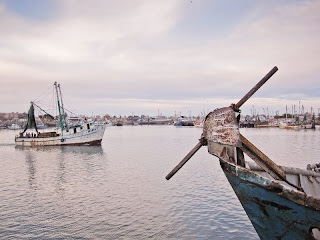 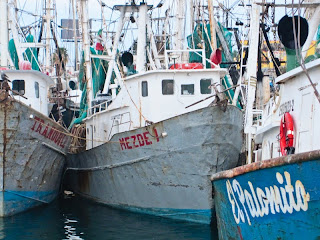 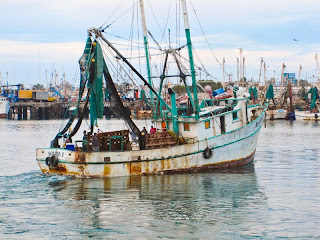 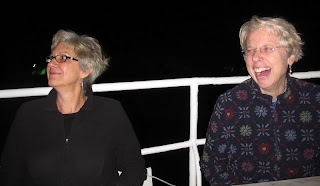 Until later.
Posted by John and Judy at 6:01 PM