ELEPHANT SEALS, AND ZEBRAS, OH MY!!

Every year thousands of Elephant Seals arrive at the Piedras Blancas beach in San Simeon to give birth and breed. The males begin arriving in late November and the females in December, with the first birth usually  happening somewhere between the 15th and the 20th.

We have visited the Elephant seals on previous visits to the Central Coast but never in December and we were curious to see if any pups had been born yet. So we loaded ourselves and Mollie in the car and headed over to the coast for the afternoon. 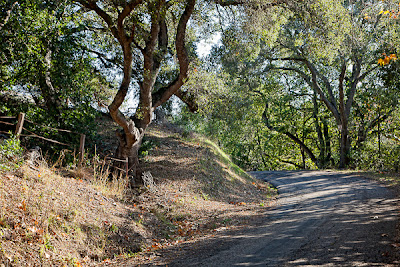 Highway 46 West is the most direct route to the coast from Paso Robles and is an absolutely beautiful drive. But most of the time when we head to the coast we take a detour and go the road less traveled route.  Driving on Santa Rosa Creek Road can take 2-3 times longer but we love the back roads and the scenery is breathtaking as the road climbs up and over the mountain range and down into the small coastal town of Cambria. 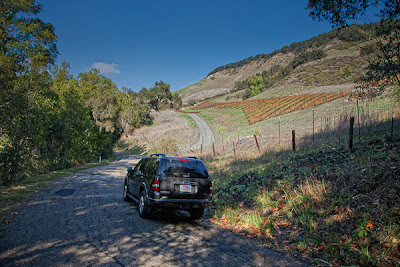 John stopped to photograph some old farm equipment and as he was taking the picture he heard some galloping in the distance. He looked up and was startled to realize that a horse was running directly towards him. 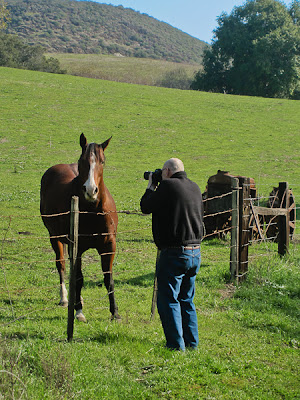 He just wanted to say Hi!

After driving through Cambria and getting onto Highway 1, we headed north where we were surprised to see this group of Zebras grazing along the fence. 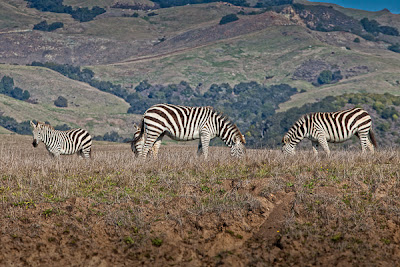 The beach had a few adult seals resting and basking in the sun but there were no baby seals yet. The docent I spoke with said that pups have been born as early as December 14th but they were still waiting for the first pup to be born this season. Thousands of pups are born here each year and by late January the beach will be covered with seals. 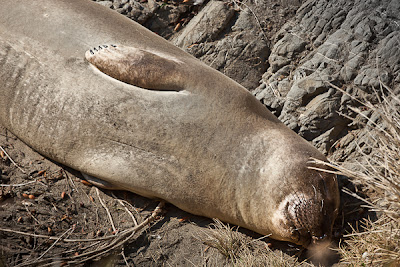 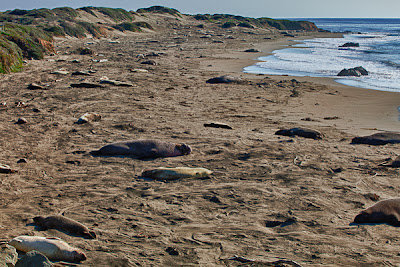 We stopped and had lunch at one of our favorite restaurants in this area, Moonstone Beach Grill. 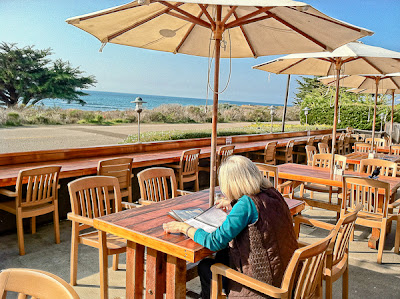 A fish and chips platter for John and carnitas tacos for me. Delicious food and a priceless view! 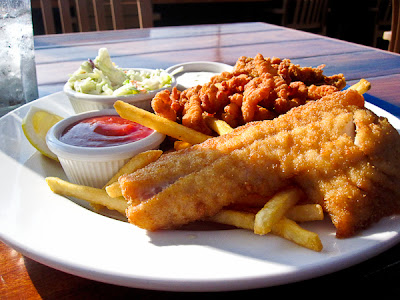 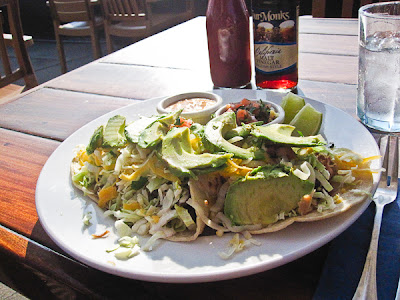 After a quick stop in Cambria for some coffee to go we made our way out of town and headed home.

Highway 46 East is again the easiest and fastest route back to Paso Robles but we were still feeling adventurous, so after a few miles we detoured off of the highway onto the Old Canyon Road, headed south towards Whale Rock Reservoir, keeping an eye out for Santa Rita Road which heads east back towards town. 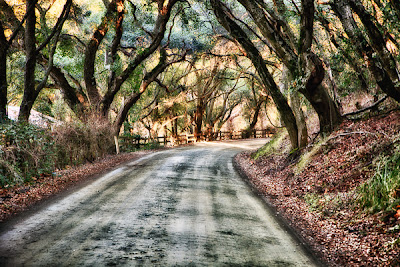 Slow, one lane and at times unpaved, it is a feast for the eyes and the soul.  We slowly drove along and at times going no faster than 15 mph, carefully watching for oncoming traffic. Of course on this road there isn't much traffic.  I think we only encountered 3 or 4 vehicles in the 11 miles of twisting, curvy roads.  Fun!

That's it for now. Thanks for stopping by.

We visited the elephant seals when we were staying in Pismo Beach last winter. It was late January, so there were all kinds of seals and pups. We didn't see any zebras, though!

Loved the ride! Great blog and now I'm really anxious to check it out too. In all our travels through California, we've missed this section of it.

Love the elephant seals. I could watch them for hours - at least when they're posturing. Thanks for the ride on the back roads.

Lovely photos and a great update, Mom! Must have been kind of surprising to come across the zebras, huh?!!