Road trip and the London Bridge 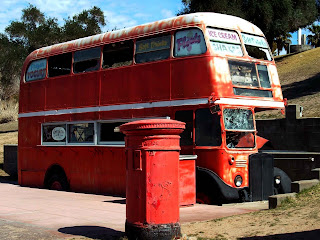 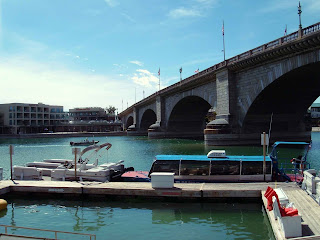 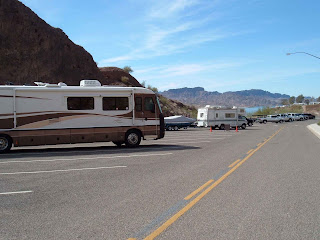 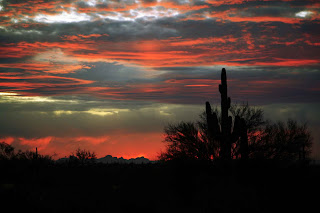 Monday morning was our time to leave Paso Robles. We have enjoyed this area, but it's either time to find a job here or time to move on. And since we have a business back in Michigan, it's time to move on.

We decided to avoid the traffic of Los Angeles on our way out of California. So we headed east for the first time in 6 weeks and began crossing over the mountains towards Bakersfield. The landscape began to change as we went up over a 2nd range and into the Mojave desert. So far, so good. We stopped at a rest area near Edwards Air Force Base for lunch. Turns out this is the area where the famous 20 mule team wagons brought borax out of death valley.

An hour later found us in Barstow where we joined up with I-40 heading east. We really enjoyed the drive and will remember this route for future trips out to the California coast. We stopped for the night at the Desert View RV park on historic Rt 66 in Needles Ca. It was a pleasant 65 degrees outside. The last time we were through here was with our kids back in 1993 on one of our famous road trips. It was slightly warmer then. Judy reminded me that the temperature back then was 120 degrees.

The next morning we did a quick load of laundry and took our time leaving since we knew we only had a couple hour drive to Lake Havasu City. Our plan was to stay for a couple of days at the Cattail Cove State Park in Lake Havasu and to see the famous London Bridge. Well, Arizona State Parks do not take reservations. When we arrived there the campground was full, but they offered to let us park overnight in the overflow parking lot (for $14) and to put us on a waiting list for a camp site for the next morning. We paid the $14, parked the RV, unhooked the car, made a joint decision that we were going to leave this area in the morning, and headed into Lake Havasu to check out the bridge. The picture of the bus sums up my feelings about Lake Havasu. It looks like a city built with no plan and certainly no heart. And the British shops surrounding the bridge. All closed. There were 2 t-shirt shops trying to stay in business, and one poor guy on a P.A. system trying to convince people to go on a boat ride. After 15 minutes we left.

While we were out we found a little mexican restaurant for lunch called Mad Miguel's. Really good food. So far that was the highlight of Lake Havasu. It was 85 degrees outside when we got back to the rv so we needed to turn on the generator and AC to cool down the inside of the RV. Later in the afternoon , when it had cooled down a little, we went for a walk on a trail along the lake. It was so quiet and peaceful. It made the day.

Wednesday morning while we were eating our cereal a park ranger showed up and said he had a camp site ready for us. We told him we had changed our minds and were going to move on. It was no big deal since three other RV's were waiting for sites as well. Turns out the ranger was a volunteer from Traverse City, Michigan. He mentioned that a lot of Michigan people used to come down to Lake Havasu, but since the troubles in the automotive industry they aren't coming as often. So anyway, we made someone else happy by moving on. Frankly the campground wasn't much different than the overflow lot except for electricity and water. This is a great place if you have a boat but otherwise.....

We continued south to Quartzite. It seemed strangely familiar to be back where we started our Western adventure almost two months ago. The town is much quieter now that the shows are done and people have moved on. While I filled up the RV with propane and diesel , Judy ran in and made a quick purchase at the bead shop next door and mailed a couple of letters. We continued driving east and by 3:00 p.m. we found we were close to Picacho Peak State Park (about 45 miles north of Tucson). After calling ahead and finding that they had sites available we decided we had driven far enough. This is a very nice park and we found a large pull-through site with electric hook-up. By 4pm we were sitting in our chairs, having our peanuts and beverages, and thinking we might have to stay here more than one night. We fixed salmon patties and salad for supper and then watched the sun go down over the mountains. It was a classic sunset. I don't know if the pictures do it justice.

Another day of safe travels. Another good day. We wish the same for all of you.
Posted by John and Judy at 9:29 PM